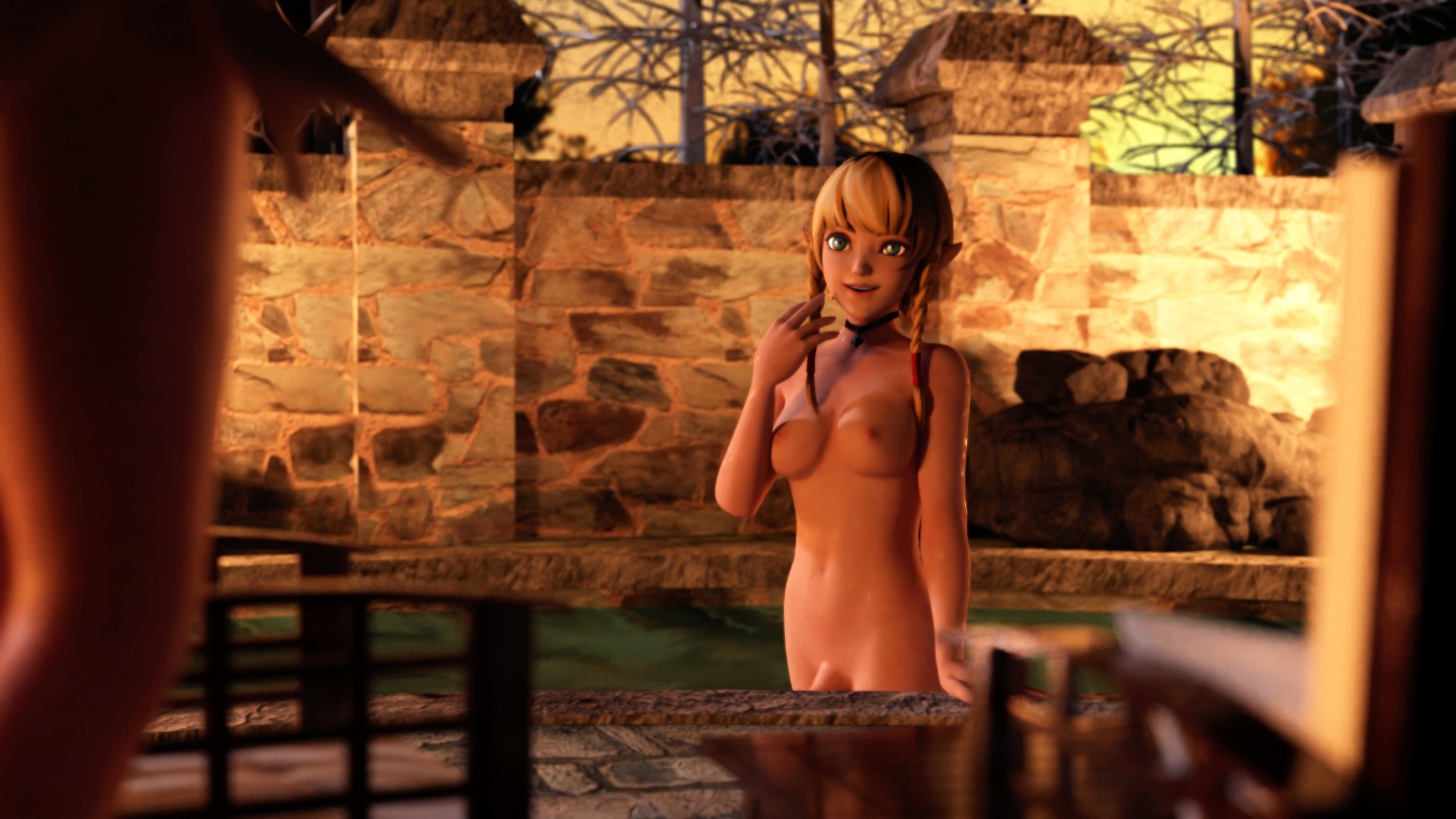 This week’s entry was originally my Valentines day one, until my wife gave me a much spicier idea, haha. Nevertheless I think you’ll enjoy this: a spa evening with the lovely Zelda and Linkle!

This is actually following through on a commission that is quite old now, that I received from a user on DeviantArt. That’s what led me originally to getting a Linkle model, until I got Hyrule Warriors some time later, heh. That said the person had a more specific idea in mind, and we lost track of each other a bit, so I felt it worthwhile to take a second stab at this one. I really hope they like it, I hope you do too!