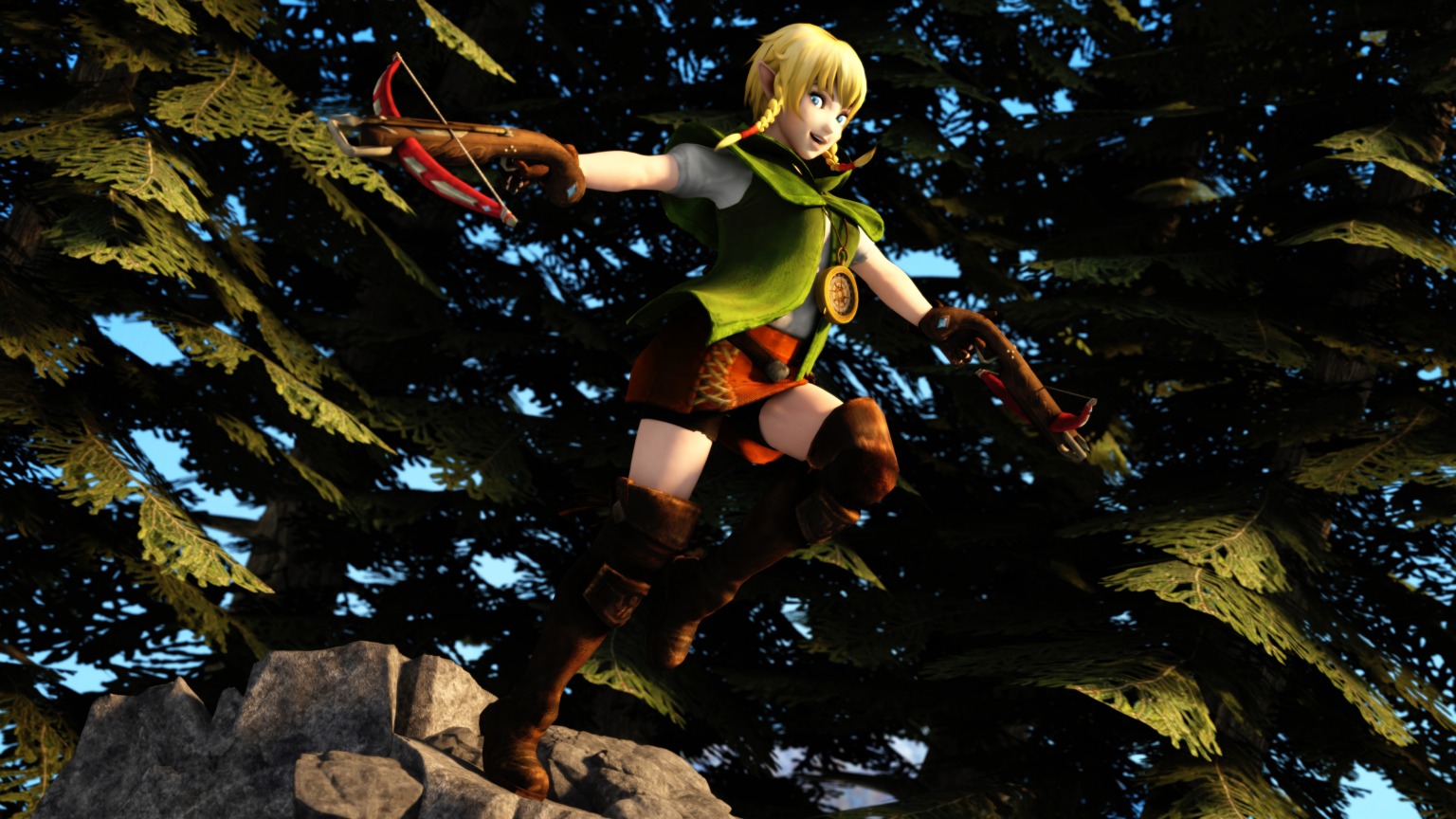 The Girl in the Green Tunic

Today we bring a new girl to the party! Linkle!

So despite having her model forever and despite using so much of the assets from Hyrule Warriors, I’d never actually played the game, haha. It didn’t seem like it would be my thing, but when Nintendo released the demo for Age of Calamity I decided to check it out, cuz you can’t beat free. Well I dug it quite a bit, and decided to hold off on that game, and grab Hyrule Warriors since it was on sale at the time.

It’s been quite enjoyable, but holy shit, I am in love with Linkle! She’s adorable, and her move set absolutely kicks ass. So, in light of that, I simply had to make a pinup with her!

Because she’s technically a genderbend of Link, I decided to do futa-alts as well, and I may be doing more of those in general soon, if that’s something y’all would be interested in. Feedback is always appreciated.