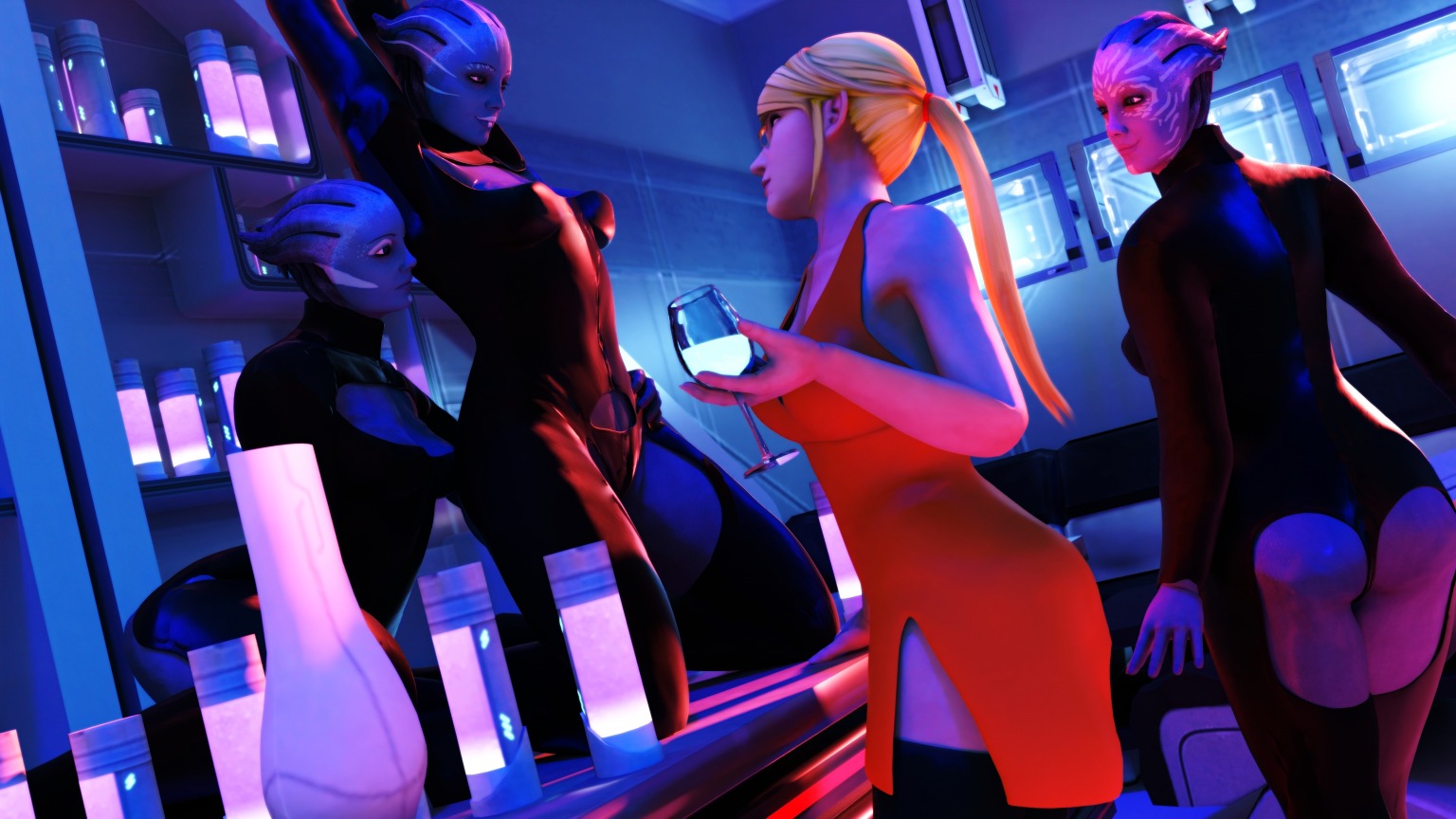 The Huntress in Aria's Lair

So this project had an extremely troubled development! I mentioned in my last update that I’m transitioning to a new engine, and this project began life in the old one. This meant that after I completed probably 90% of the work to build it, I then converted it to the new engine, and had to redo probably half of that?

Every material had to be redesigned, most especially the skin shaders which aren’t supported at all outside the old model. Each one had to be rebuilt, reassigned, and of course ALL the lights had to be replaced. And, either as a result of that troubled origin or some other technical glitch, renders would not complete by themselves: I had to sit, render, and export each frame.

I say all of this because I’m so disgustingly pleased with the results. Were I doing this with the benefit of hindsight, I would’ve converted the models to the new engine first, but even then I’m not sure how much of the pain would’ve been avoided. But meh. #worthit