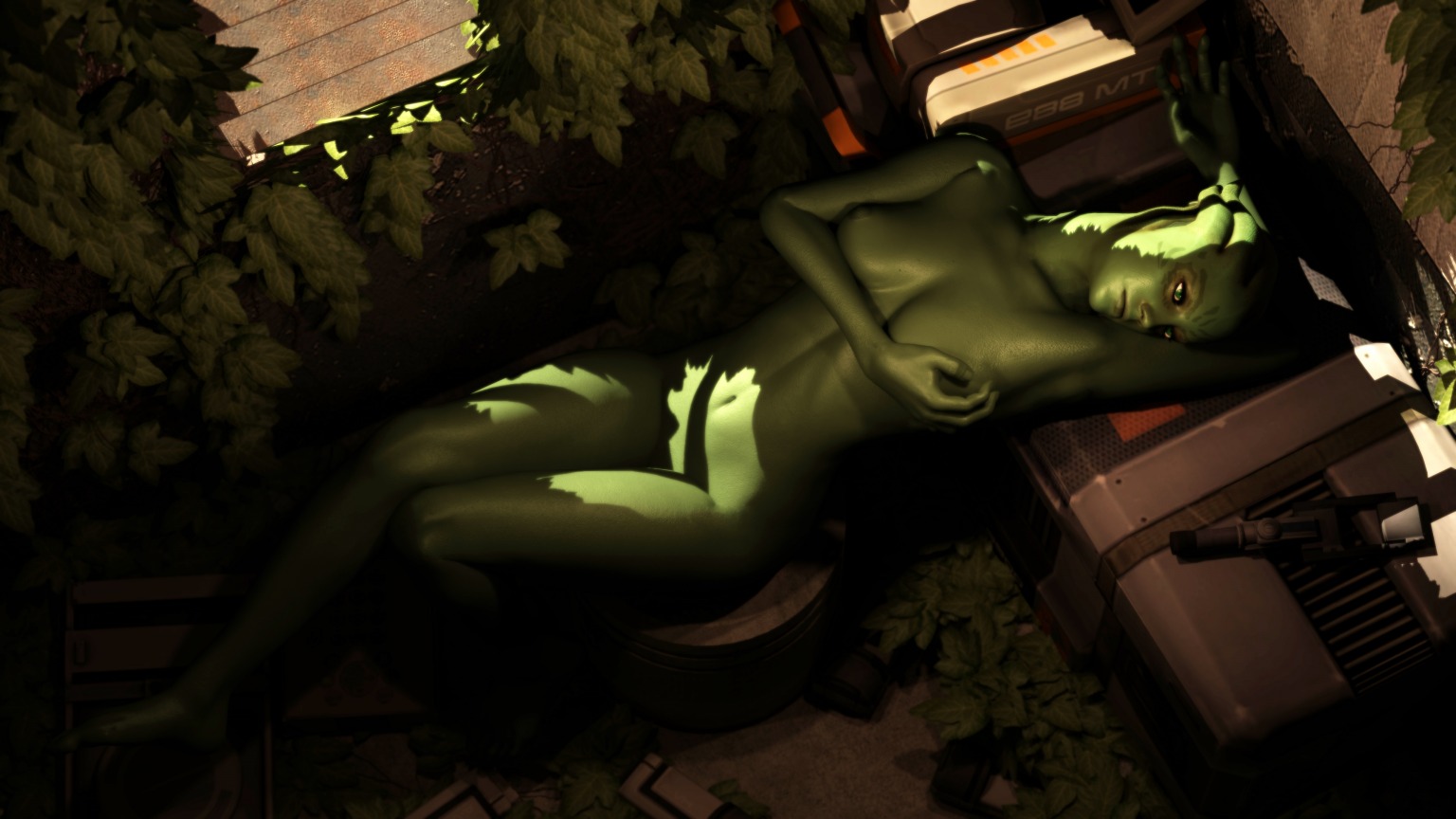 This week we’re going back to the elemental Asari theme from some time ago, and moving onto a new color!

This one’s based around Shiala, the Asari from Mass Effect 1 on Feros that was given to the Thorian by Saren. So, since she’s green here, you can either assume she’s one of the many clones who tried to murder you, or Shiala herself, whom if you’ll recall turned the same shade of green by the events of Mass Effect 2 as a side effect from her exposure to the creature.

Feros still stands as one of my favorite parts of Mass Effect uno. Very underappreciated.